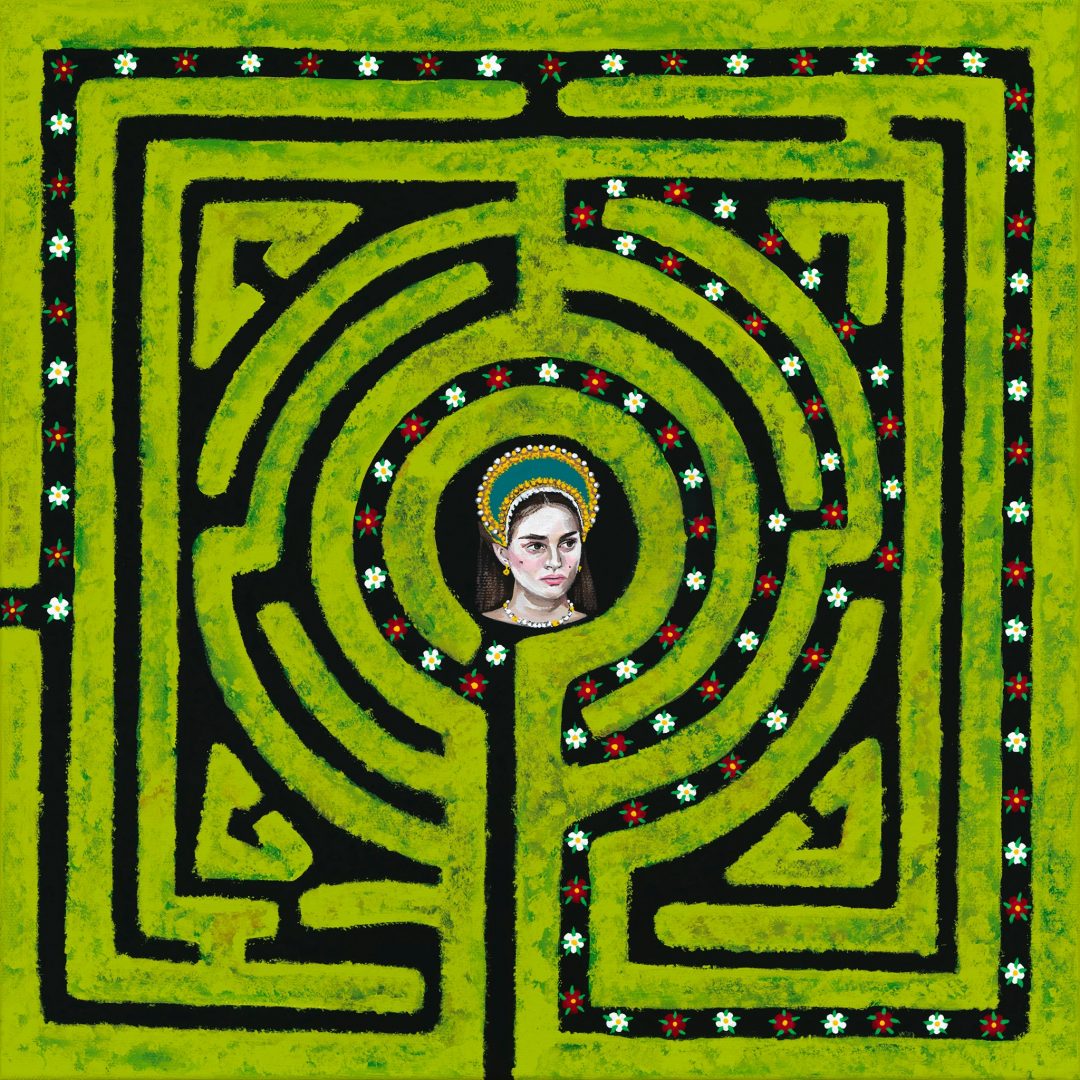 This Tudor tale of seduction is set in the yew maze of Hever Castle. In the spring of 1526, King Henry VIII is struck with the dart of love, captivated by the charms of Anne Boleyn at court. Anne, however, is already in love with Lord Henry Percy and they are secretly engaged to be married. Under Henry’s orders, Cardinal Wolsey annuls the engagement and banishes Anne to Hever Castle, her childhood home in Kent.

Shortly after, Henry begins to write love letters to Anne, his passionate words depicted in the maze by strewn Lancaster and York roses on the path leading to the centre. When Anne refuses to become his mistress, as her sister had been, Henry follows his heart and loses his head to the addiction, mania and obsession symptomatic of his infatuation. He breaks from the church of Rome so he can marry Anne but her inability to give Henry an heir means that she reigns for just 1000 days. Henry lays charges of incest and adultery against Anne and orders her execution by beheading in May 1536. Martyr, heroine and the most influential queen consort in English history, Anne loses her head protesting her innocence and devotion to the king to the very end.

Painted for the Melbourne International Flower and Garden Show, March 2020 (cancelled due to Coronavirus)